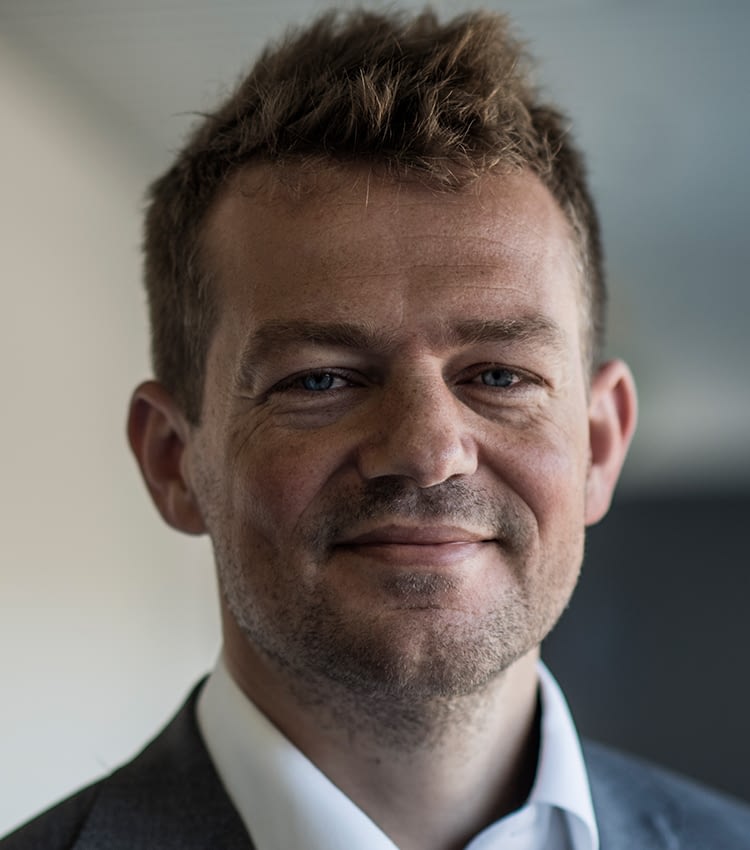 Esben Østergaard, the founder of Universal Robots and CEO of REInvest Robotics, is the key person behind the $2 billion industry trend Collaborative Robots, for which his company owns over 65 patents.

He created the foundation for a reinvention of the industrial robot in the early 2000s while being a researcher and assistant professor at the University of Southern Denmark. This led him to start his robotics enterprise with fellow researchers.

He is a member of the Danish Government’s Disruption Council, the Danish Society of Engineers’ (IDA) SIRI Commission, MADE Board Member, external examiner at Universities, and passionate speaker on robotics.

Among his many (20+) awards and achievements, including Recipient, Joseph F. Engelberger Award, 2018 – the “Nobel Prize” of Robotics Recipient, Visionary Leadership Award and Frost & Sullivan, he became the world champion of the insanely cool game of FIRA Robot Football in 1998.

Industry 5.0. The Future of Human and Robot Collaboration

Get a robotics expert insight into the future, where humans and robots will collaborate in the next industry wave.